The FORTNITE #StreamerRoyale Powered by Sparkfox and Redragon – R15,000 Up for Grabs

Sharpen those pickaxes and stretch out your glider, because it’s time to qualify for your share of R15,000 in cash prizes thanks to the Fortnite #StreamerRoyale, powered by Sparkfox and Redragon.

Syntech, the exclusive distributors of Sparkfox and Redragon in South Africa, are once again stepping up to support the local gaming and esports community. Craig Nowitz, Managing Director from Syntech, explained that, “Syntech is committed to aiding the growth and development of the esports scene in South Africa. We’re also equally passionate about building and engaging with the local gaming community. Redragon and Sparkfox are inclusive brands that resonate with all South African gamers, whether they’re casual, amateur, or professional players. That’s why it made a lot of sense for us to partner with ACGL as key sponsors for this Fortnite tournament.”

“At ACGL we have always been committed to the Fortnite community, since its early start on our platform in February 2018. Today is a very special day as it marks the beginning of Chapter 2 for the Fortnite Series and the announcement of the #StreamerRoyale tournament, powered by Sparkfox and Redragon,” added Nick Holden, director of ACGL. “We are extremely excited to be working alongside Syntech to cater to a community that has become a big part of the ACGL family.”

Over the next two months, you will have the opportunity to play in a one of a kind competition where participants will compete against each other to book their spot in one of eight streamer-led teams. The prize at the end of the rainbow? R15,000 in cash! At the end of the qualifiers, only 24 players and eight streamers will remain to play in the Fortnite #StreamerRoyale Grand Finale on the 30th of November.

For example: If you finish in the Top 3 of the #StreamerRoyale Grant Hinds Cup, you will join his team on the 30th of November to play in the Grand Finale.

Where to Watch the #StreamerRoyale

The Grand Finale will kick-off at 17h00 on the 30th of November where the eight streamers and their qualified three teammates will jump into a custom lobby to battle against one another for their share of the prize pool. A total of five matches will be played where the teams will accumulate points based on their position and amount of eliminations.

Each one of the streamers will stream from their POV and showcase the tournament on their respective channels. Follow the below streamers to catch all the action from the Grand Finale:

The prize pool will be split amongst the four players from each team. The top four teams will land themselves in the cash at the end of the tournament. Prize distribution as follows: 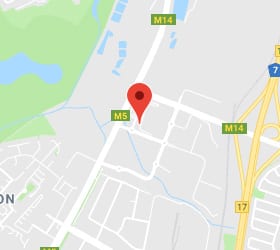 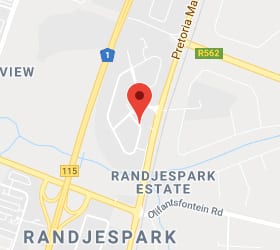