The Crucial P1 1TB SSD is a must have for any enthusiast, gamer or anyone that doesn’t like long loading times when playing the latest games or opening applications. I have done some extensive testing on my Crucial P1 using the ATTO Disk mark and Crystal Disk benchmark. I have found that the Crucial P1 it is not the fastest M.2 NVMe gumstick out there. Some of its competition, namely Samsung and Western Digital, are a little faster. But they are over double the price compared to the Crucial P1.

I looked at my purchase in terms of cost per Gigabyte and the overall speed of the drive before making my decision to get one. With a read speed of 2000MB/s and a write speed of 1700MB/s it’s no slouch, not even by a long shot. I have noticed significant decreases in my loading times on some of the AAA game titles that I play regularly. Normally these take a few minutes to load, but now they’re loading in well under a minute.

I am sure you’ve asked this question before, but what exactly is NVMe?

NVMe is also known as Non-Volatile Memory Express or the Non-Volatile Memory Host Controller Interface Specification. The idea behind NVMe is to improve the storage stack by optimising the way an application accesses a Flash device. NVMe enhances this process by removing components within the I/O path like that good old-fashioned RAID controller. NVMe leverages PCIe as transport media which offers high bandwidth and a direct path to the host’s CPU and memory. This, in turn, removes another potential bottleneck, the limited bandwidth of SAS or the latest SATA3 connection.

NVMe makes use of your PCI-Express lanes, and as you know, the latest gen 3 PCIe lanes are fast, and thus lift the bottleneck that SATA3 has. Moving from PCIe Gen 2 to Gen 3 doubles the bandwidth available to the add-on cards installed, from 500 MB/s per lane to 1GB/s per lane. So a Gen 3.0 PCI Express x16 slot is capable of offering 16GB/s of bandwidth in each direction.

So in total it sums up to a very delectable 32GB per second bandwidth in both directions. Granted, the hardware you use it in must be compatible with PCI-Express Gen 3.0 to utilize the speed.

The Crucial P1 SSD delivers. Capacities start at 500GB and scale towards a whopping 2TB. Accelerate performance with the latest NVMe PCI-e technology. The P1 is designed to be the only storage upgrade you need – storage, speed, and dependability. Crucial is a consumer brand of Micron Technology for memory and storage upgrades. The Crucial P1 SSD delivers category-leading, real-world performance. The SSDs are available in 500GB and 1TB at the time of writing this, but the 2TB version is going to be available soon.

With sequential read/write speeds up to 2,000/1,700 MB/s, the P1 provides unwavering performance via hybrid-dynamic write acceleration, a unique SLC cache implementation. The drive offers an MTTF of 1.8 million hours and an endurance of up to 200 TB total bytes written, with power usage at an active average of 100mW. Available in capacities up to 1TB, and backed by a five-year limited warranty, the Crucial P1 SSD leverages Micron quad-level cell (QLC) NAND technology. By storing four bits in each NAND cell, QLC NAND narrows the affordability gap between hard drives and flash storage, enabling increased speeds and capacities at a more affordable price.

I was very excited to get my RAID setup put together as with the Crucial P1 you get exceptional value for money along with great performance. The hardware I used for the RAID setup is an Alienware 17 R5 8th Gen Intel Core i7 8750H laptop. This should be decent a baseline of what to expect in a decent RAID setup. My choice was to go with RAID 0 because I wanted to unlock the full potential of these drives in the speed department.

At first glance you see an immediate increase in speed when you copy things to or from the RAID volume. With my setup I got read speeds up to 3017 Megabytes per second and write speeds up to 2588 Megabytes per second using Crystal DiskMark. I do think that the speeds should get higher if used with a high end desktop motherboard that has more active cooling on the drives. When setting up RAID, always ensure that you offer sufficient cooling for both drives. This is because if only one drive gets cooled while the other doesn’t, then it creates a possible point of failure. If this happens then the data on the drives are gone with little to no chance of recovery.

Of course, if you don’t feel the need for speed, you can always set the 2 drives up in RAID 1. This setup effectively gives the one drive the instruction to duplicate everything the other does giving you a safety net should something have to go wrong with one of the drives. You don’t get any boost to performance, though whereas RAID 0 will maximize performance over almost everything else. 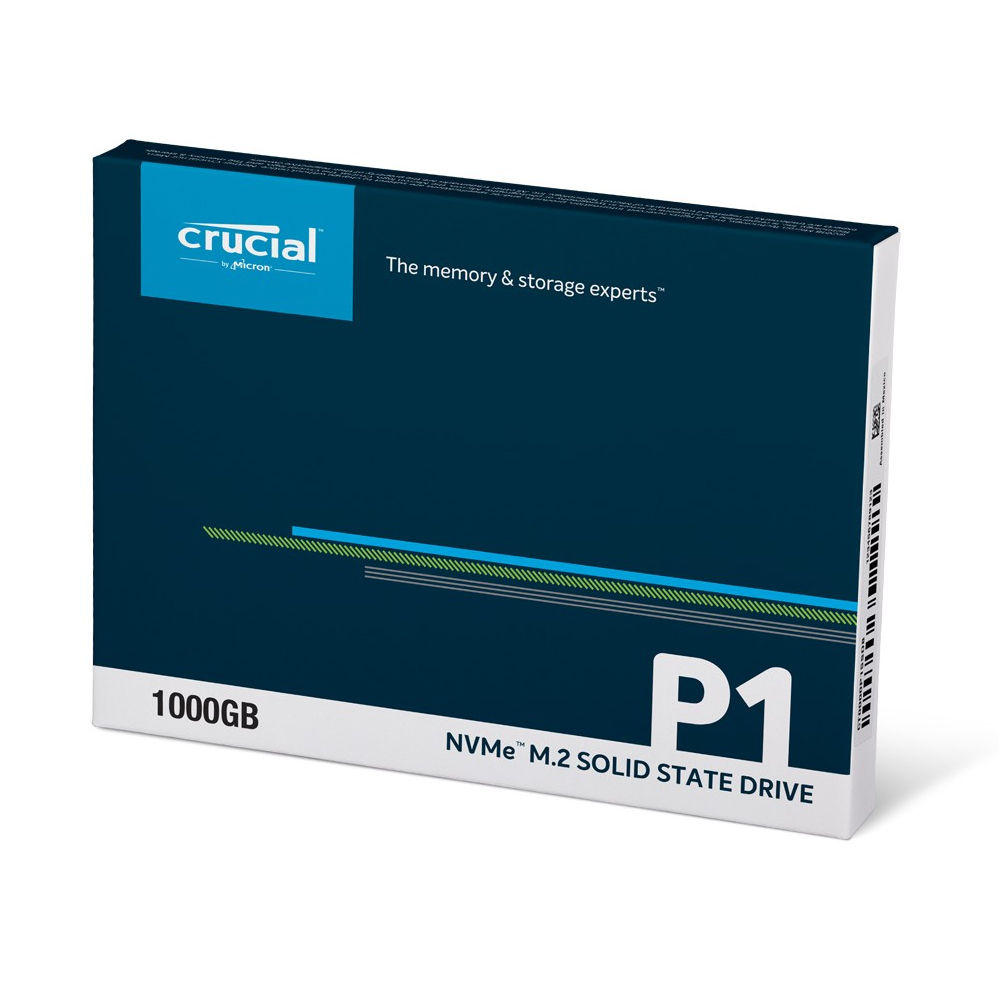 Here are some of the pros and cons of the Crucial P1 1TB M.2 NVMe SSD.

Overall the Crucial P1 is a very fast and affordable SSD that is priced well below the competition with the benefit of being backed by the rock-solid Crucial 5 year limited warranty. For someone who wants a NVMe SSD that does not want to pay an excessive amount for one I highly recommend the Crucial P1 SSD to you. Yes, it is not as fast as some of the competitors but take it into consideration this is Crucial’s first attempt at making a commercially available NVMe SSD in their line-up. The next one could just give the competition a run for their money with the same affordability as the P1.

Want to know a little bit more about the Crucial range of SSDs? Then head over to this informative MyBroadband article.